My first fantasy dinner guest—the imposing Olimpia Pamphilj—would no doubt be a fascinating, if intimidating, presence at the table, as I wrote in my earlier post. Imagining her questioning my second guest about her adventures, over pasta con sarde (sardines, a Sicilian fave) and a bottle of vino, makes me giddy.

Anita Garibaldi wasn’t Italian, but she married an Italian hero and fought bravely for her adopted country’s independence. I met her on the Gianicolo hill, overlooking Rome, where I’d taken a walking tour with the conversation exchange group, Friends In Rome. A daring adventuress, she’s revered as an Italian hero in her own right. Her dinner conversation would be gripping, filled with stories of war…and love. 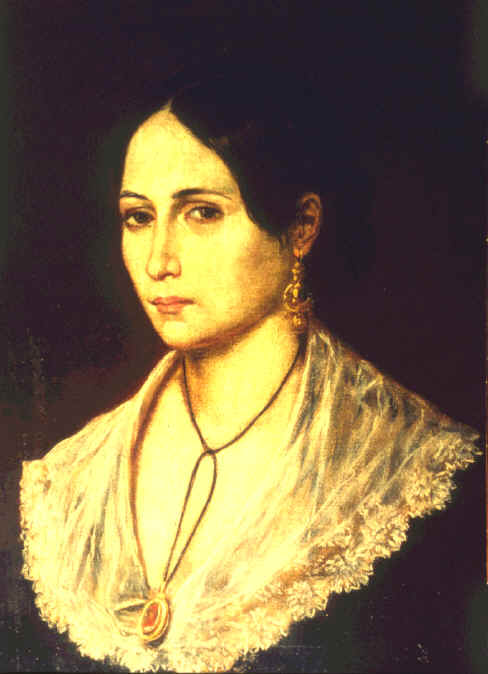 Ana Maria de Jesus Ribeiro di Garibaldi, a dark-haired, dark-eyed beauty, was born in 1821, in the southern Brazilian town of Laguna, to a poor family of herdsmen and fishermen. Anita’s family arranged for her to marry at only 14 years old, but her new husband soon abandoned her to join the Imperial army. 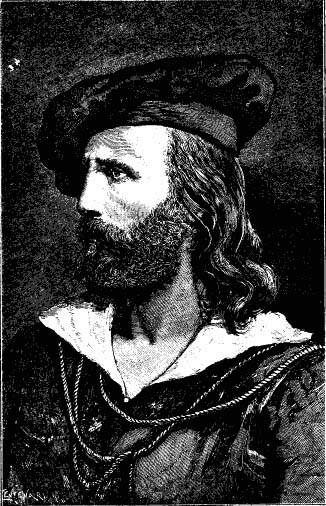 Not long after, a dashing 30-year-old Italian sailor-turned- revolutionary, Giuseppe Garibaldi, showed up in her world, changing it forever.

Exiled from Italy in 1836 (along with several other Sicilian revolutionaries I wrote about in my Sobbing Women entry), Garibaldi proved to be a real military man. A restless fighter in search of a war, he joined a group of rebels struggling to preserve a separatist republic in Brazil. When he met the 16-year-old Anita, he reportedly told her, “You must be mine.” It didn’t take long for her to agree.

A skilled horsewoman, Anita joined Giuseppe in his revolutionary battles in Brazil. During a battle in Mostardas, as they fought for the independence of Rio Grande do sul Republic, Garibaldi was away from camp when they were attacked. Anita escaped by jumping on a horse—while carrying her first baby, born just a few days earlier; the couple would have three more—and galloping away. This memorial on the Gianicolo hill in Rome, created by sculptor Mario Rutelli, captures that moment:

Anita, on horseback, carrying her baby and brandishing a gun

At other points in her daring life, she even led some of Garibaldi’s troops out of danger, as depicted here…

One of Garibaldi’s comrades described her as having “the strength and courage of a man and the charm and tenderness of a woman,” along with “extraordinary eyes,” so it was no mystery why Garibaldi fell so passionately in love with her.

She went with him to Montevideo, Uruguay, where they married.

Garibaldi took command of the Uruguayan fleet in 1842, raising an Italian legion to help Uruguay defend itself against the encroaching Argentine dictator Juan Manuel de Rosas. By all reports, Anita fought alongside her husband in several battles, brandishing her sword with “daring and vigor.”

In 1848, Anita and Giuseppe returned to Italy, where a new revolution was stirring, and a year later they fought for an independent, united Italy against French forces. But here’s where it becomes tragic.

The war turned in favor of the French and their troops pushed Garibaldi into the hills of Lazio outside of Rome. At this same time, Anita suffered a bout of malaria—fairly common, and deadly, at that time. On the run, without adequate food and rest in the summer heat, and pregnant with their fifth child, Anita was fading fast.

Garibaldi must have been desperately worried as he carried her in his arms to a farm near Ravenna—a romantic scene captured in many paintings like the one above. With the French close on their heels, they’d finally found a doctor, but Anita was so weak from the malaria that it was too late, and she died with Giuseppe by her side on August 4, 1849.

Garibaldi, who saw his dream of a united Italy come true, seems to never have forgotten his lost love. In 1860, when he rode out to hail Victor Emanuel II as king of the new republic, he wore Anita’s scarf over his South American poncho.

She’s surely a woman worth inviting to dinner—and remembering. 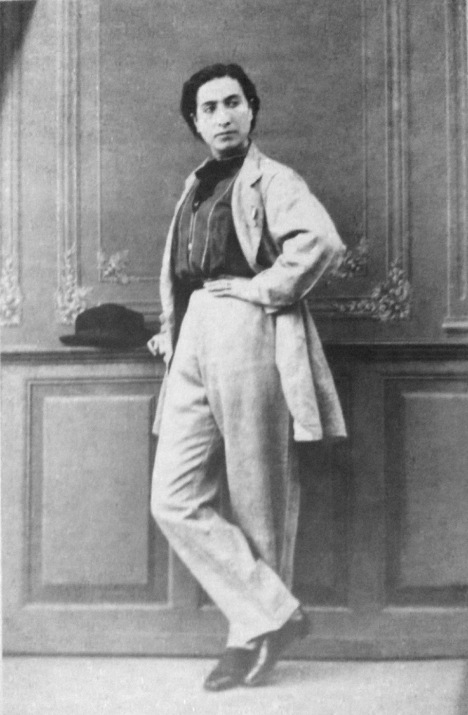 Last morning in HI. 😩🌺🌸🌴
I may have enjoyed tonight’s sunset. Aloha!
Life at the Hilton Waikoloa…with dolphins. I’m not in favor of the captivity but all the trainers are women (yay!) and they (dolphins + trainers) seem to be having fun!
Hawaiian street art.